We mentioned earlier, Luke 24:27, 44-47, when Jesus showed His apostles many (if not all!) of the Old Testament scriptures that referenced His identity and His mission:

Luke 24:27, 44-47 27And beginning at Moses and all the Prophets, He expounded to them in all the Scriptures the things concerning Himself… 44Then He said to them, “These are the words which I spoke to you while I was still with you, that all things must be fulfilled which were written in the Law of Moses and the Prophets and the Psalms concerning Me.” 45And He opened their understanding, that they might comprehend the Scriptures. 46Then He said to them, “Thus it is written, and thus it was necessary for the Christ to suffer and to rise from the dead the third day, 47and that repentance and remission of sins should be preached in His name to all nations, beginning at Jerusalem.e mentioned earlier, Luke 24:27, 44-47, when Jesus showed His apostles many (if not all!) of the Old Testament scriptures that referenced His identity and His mission:

The apostles used the Old Testament to establish Church doctrine in the New Testament. For instance:

1 Pet 1:10-12 10Of this salvation the prophets have inquired and searched carefully, who prophesied of the grace that would come to you, 11searching what, or what manner of time, the Spirit of Christ who was in them was indicating when He testified beforehand the sufferings of Christ and the glories that would follow. 12To them it was revealed that, not to themselves, but to us they were ministering the things which now have been reported to you through those who have preached the gospel to you by the Holy Spirit sent from heaven – things which angels desire to look into.

1 Cor 10:1-11 1Moreover, brethren, I do not want you to be unaware that all our fathers were under the cloud, all passed through the sea, 2all were baptized into Moses in the cloud and in the sea, 3all ate the same spiritual food, 4and all drank the same spiritual drink. For they drank of that spiritual Rock that followed them, and that Rock was Christ. 5But with most of them God was not well pleased, for their bodies were scattered in the wilderness. 6Now these things became our examples, to the intent that we should not lust after evil things as they also lusted. 7And do not become idolaters as were some of them. As it is written, “The people sat down to eat and drink, and rose up to play.” 8Nor let us commit sexual immorality, as some of them did, and in one day twenty-three thousand fell; 9nor let us tempt Christ, as some of them also tempted, and were destroyed by serpents; 10nor complain, as some of them also complained, and were destroyed by the destroyer. 11Now all these things happened to them as examples, and they were written for our admonition, upon whom the ends of the ages have come.

Heb 10:1 For the law, having a shadow of the good things to come, and not the very image of the things, can never with these same sacrifices, which they offer continually year by year, make those who approach perfect.

We can see from this that the Old Testament is vitally important to our understanding of the New Testament and vice versa. We have seen in the previous chapter how the Tabernacle in the Wilderness is a type and shadow of God’s plan for the Church. For this same reason, we must take a closer look at the Holy Days, aka, the Feasts of the Jews, to discern what important truths we can also discover there. The following provides an outline of these feasts:

I. Feast of Passover or Feast of Unleavened Bread

I must credit George H. Warnock for many insights shared in this chapter concerning the Feasts of Israel. His book, The Feast of Tabernacles, was very influential in the Latter Rain Movement, [1]a movement considered a heresy by most Church historians today.  Despite that fact, I (Huffman) believe there is a baby in that bathwater that should not be thrown out!  Here is what I think Warnock got wrong: he taught that the typology of the Feast of Tabernacles, or the “manifestation of the sons of God” could happen to only a small group and even only one individual as specific truth was understood.

As I mentioned in the preface, I hold that the prayer of Jesus in John 17 (which Warnock misinterpreted), will be answered when there is unity in the Body of Christ. This feast will therefore be, instead, a corporate event.  Our assertions in this chapter should correct that error and disclose the true meaning of the feasts of Israel for the Church at the end of the age. This is especially so for the feast we know as Tabernacles. 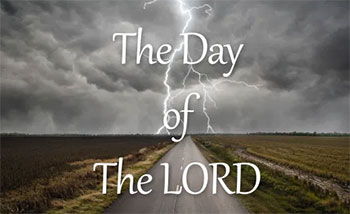