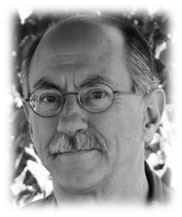 grew up on a farm at Highwood, Montana – 40 miles east of Great Falls. The little Methodist church he attended with his family was greatly influenced by the Charismatic Movement, and so was he. As a teenager, he was lured into the New Age movement… he blames it on the Beatles!  He tried the meditation thing plus yoga as well as other New Age practices. To make a long story short, God delivered him out of all of that and he has been serving the Lord ever since.

As a member of the Christian folk/rock group in Seattle called the New Men, he first heard a teaching on the Feast of Tabernacles that started him on the journey of this book. He has taught this in various forms to small groups in his church. He and his wife, Paula, have 7 children, 10 grandchildren, and 1 great grandchild!  They live in Great Falls where he works on Malmstrom Air Force Base as a graphic and web designer.  Gary likes to paint and still plays the guitar, harmonica and sings “Dylan” style.

Also, see Doug’s webpage blowing me and my face up way bigger than I should be: MEET GARY HUFFMAN » 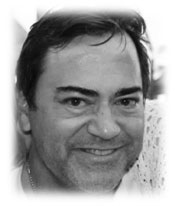 grew up in Oklahoma City, where he now lives once again, after working in Boston for 6 years and Seattle for 21. Doug’s experience lies primarily in business where he has been an executive for Oracle, Microsoft, and a partner at Ernst & Young. He also founded his own company, Smart Starters, which he ran for 10 years, before becoming an Adjunct Professor at the University of Oklahoma, Price School of Business, where he teaches entrepreneurship.

Over the past seven years, Doug has written 15 books, counting this one, on the topics of America’s spiritual history, eschatology, and geopolitics.  He loves movies, research, and writing and attempts to stay culturally alert. He appears frequently on radio and television programs and speaks at conferences on topics about which he writes.  Doug has 2 married children, 2 grandchildren, and a wonderful wife, Donna, with whom he will celebrate 42 years of marriage this summer.